You are familiar with words like class, method, interface and generics? You always wanted to change the software you made while it is running? Great, then this workshop is for you! Learn directly from the people behind it Tebjan Halm (vvvv developer) and Elias Holzer (vvvv developer).

Programming is fun, but it sometimes becomes tedious when you have to rebuild your whole application just because you found a careless mistake in your code or want to change some constants. vvvv is a visual live programming environment that allows you to build and change .NET applications in real-time while they are running, thanks to incremental compilation and state hot-reload. Oh, and we are serious about this – everything is statically typed.

vvvv is a visual programming environment that allows you to realize ideas quickly without the need to write any code. But if you want, you can also write C# code for it and use any .NET library with it! To give you an idea of the areas vvvv can be helpful in, here is a list of buzz words vvvv is often associated with:

Besides staying true to its nature of being a an easy to use and quick prototyping environment, vvvv is also a proper programming language with modern features, combining concepts of dataflow and object oriented programming:

You will learn how to: 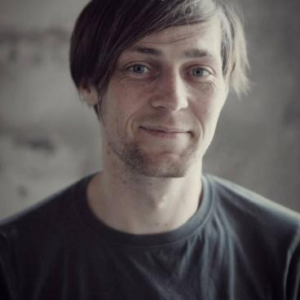 Tebjan Halm has studied mathematics and computer science and is closely related to the vvvv group as a core developer since 2004.

He also does contract work as software consultant and developer of media projects for several agencies in europe. 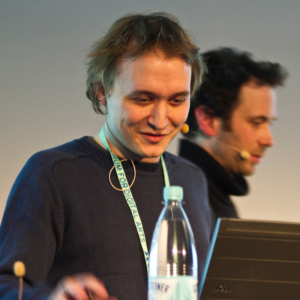 Elias is on of the core-developers on vvvv.

Starting of as an intern he began working for the vvvv group as a programmer in 2008.