In 2013 the NODE+CODE meetup was a guest of the DAM Gallery in Frankfurt.

In July, we started with two contributions from the complex of relations and questions on ‘art and systems’.

With the second edition in August, we addressed reverse engineering, authorship and conservation in times of digital media. 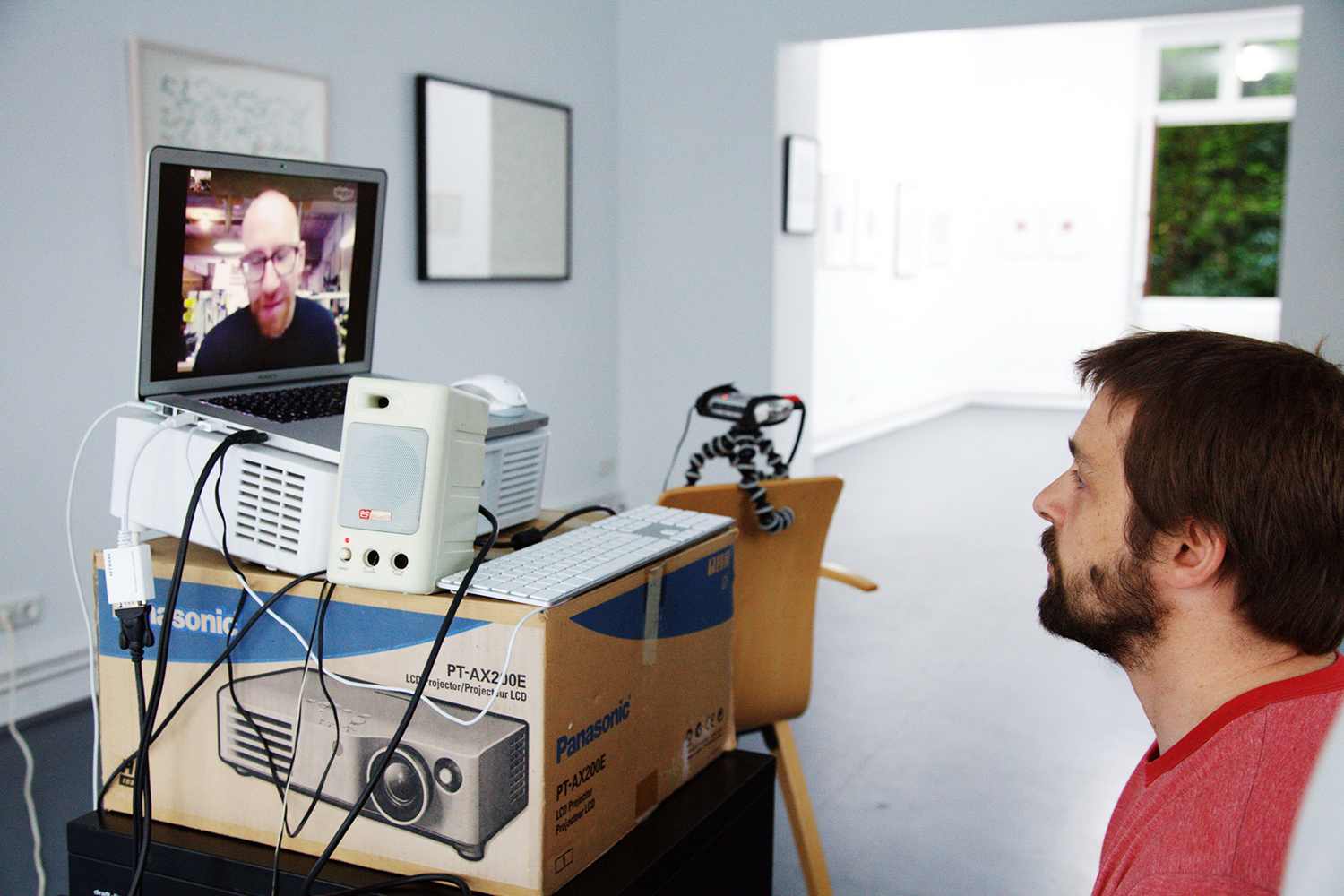 Relations and questions
on ‘art and systems’

Epler has set up a website to invite people to get to know and translate works by early digital artists like Manfred Mohr into the Processing programming language based on scans from old “Computer Graphics and Art” magazines. Any work translated there receives an open source license and can be accessed and remixed through the website.

ReCode is an attempt to spread, analyse and preserve early artistic work of digital nature – an honorary intent, if there wasn’t the complicated relationship between authorship and open access.

Additionally, we discussed if reverse engineering is actually possible in this case considering that we have just one possible artifact, the one software generated plotter print. Can this be a proper reconstruction of a whole computer artwork?

Together with Wolf Lieser, gallerist of DAM, we discussed the position and possible reluctance of artists whose work is recoded.

Reverse engineering, authorship and conservation in times of digital media

Frankfurt based artists Amin Weber presented parts of his work on the Motion Bank dance research project for The Forsythe Company. Weber approached the complex choreographic system that the practice of American choreographer Deborah Hay can be understood as by adapting her solo dance piece “No Time To Fly” as 3D animation. He reported of the steps taken and how not using a human body affected the process. Further he shared what working in this way meant to him and Deborah Hay and how his adaptation fits into the overall research process itself.

In the second part of the evening, Prof. Dr. Gerd Döben-Henisch introduced the “emerging mind project”. As a research project in the field of artificial intelligence it is set up as a system to produce artists along the way. To do so, environments are to be created that through tasks and interaction with the “external world” are to help minds emerge. Gerd Döben-Henisch explained the plan on how to set up this system, the interfaces it will have, and interaction it will allow. Trying to tackle two unsolved problems, namely creating an artificial mind and making computers create art, this raised quite a lot of questions that we discussed in the meeting.