every other year, NODE is inviting a series of very diverse creatives, practitioners and thinkers about and with code to Frankfurt. And with the 2017 headline #designinghope we obviously had to invite the youngest of us to join the fun.

When festival director, Jeanne Charlotte Vogt, met the makers of Jugend hackt and got to know their motto “Mit Code die Welt verbessern” (improving the world with code), it quickly became clear that a collaboration is more than necessary. This was the starting point for a hopefully long story of Jugend hackt Rhine-Main. 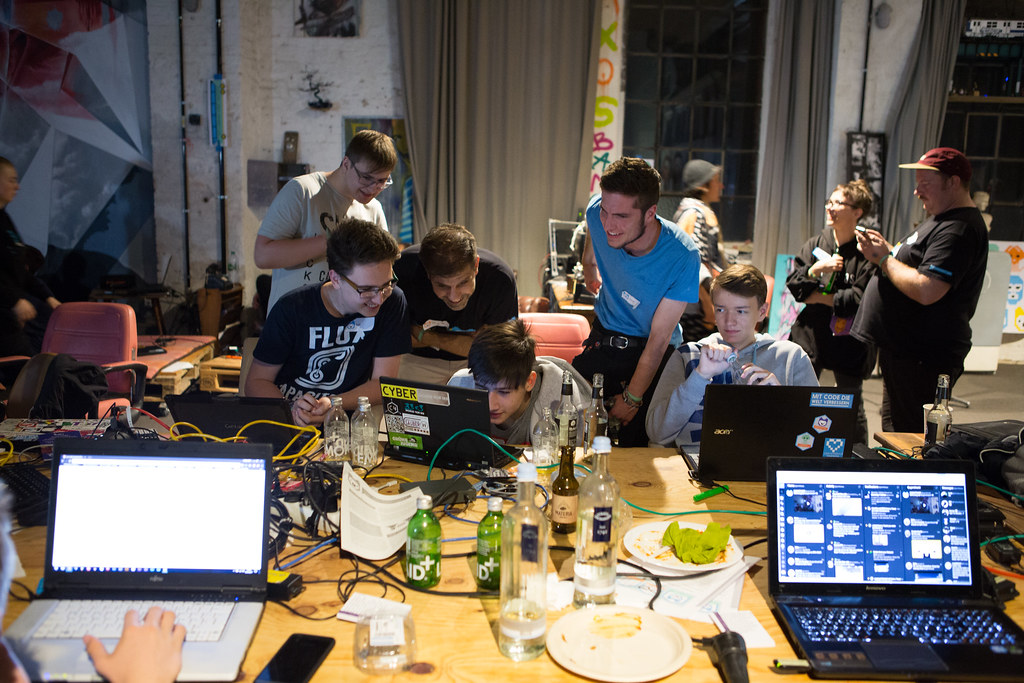 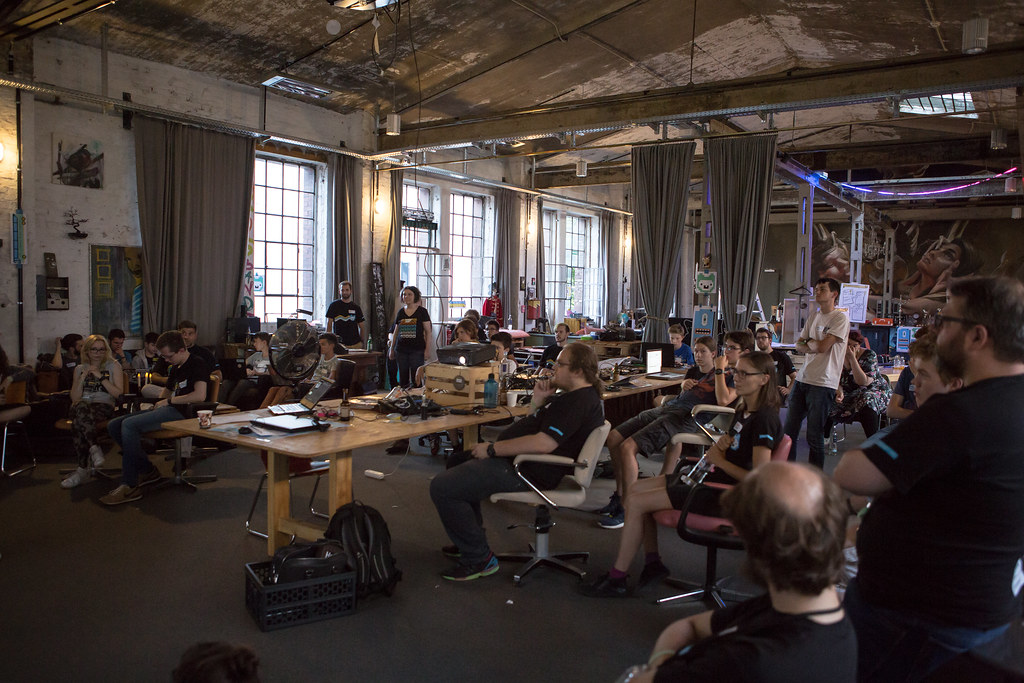 The whole coding community in this part of Germany was immediately into it: a huge number of mentors and helpers applied to be part of the hackathon. With the voluntary support of 19 mentors and seven helpers, young coders from 12-18 were introduced to a large variety of tools and practices such as 3d printing, different sensor technologies, micro controllers and camera systems.

Our wonderful host was the local Naxos Atelier in Naxoshalle, run by Stefan Mohr, and especially amazing as it is covered in beautiful artworks and graffitis by young folks from the neighbourhood.

We started on Friday, June 30th 2017, in the afternoon. After an exhausting trip of getting to know many different faces, concepts and ideas, we started with: PIZZA FOR EVERYONE!!

On a serious more level, we got some inspiring impulses by Bogomir Engel (OK Lab Frankfurt) on the topic of Open Data and by the NODE curators Jeanne und Alexandra on the link between the Jugend hackt topic “Echt oder Falsch” and the NODE17 topic “Designing Hope”. With full stomachs and brains, we started the first brainstorming session to set the ground for our two-day working program. As a next step, we dived into a discussion on hacker ethics trying out the method of the “flipped classroom”. In the group, we watched Joachim Scharloth’a video and Steffen Haschler, member of Chaos Computer Club Mannheim and ‘Chaos macht Schule’, moderated our critical discussion.

The next day started quite early for some of us: There was so much energy that a few of us arrived at 8am already – and that although we agreed to meet at 9am only – well, sleep is totally overrated if you have a full hackathon ahead of you 😉 The morning started by merging into teams so that the actual work could finally start.

Apart from hacking in their very own space, the participants had the opportunity to mingle with the grown-up coders and hackers on the festival ground of NODE17. They could collect impressions on how artists from all over the world use technology creatively and address hacking and code. The participants were joining a guided tour designed especially for them and audio-visual performances or conference talks.

The main part of the weekend, however, was a classic hackathon flow: We had a live-stream of our 3d printer for the rest of the world to follow our work. The laser cutter was running hot. Sensors and other technologies was tested and deconstructed. The day was filled with coding, coding, coding and…

The results – these were the projects

After a very short night, the next task was the rehearsal for the public presentation of our results. On Sunday afternoon, all participants had the opportunity to demonstrate and explain their results and ideas to the whole festival audience. Even during this rehearsal, already a lot of passers-by kept stuck with us and never left until the final show started. And indeed, there was a lot to be impressed about – and to learn from:

More info on Jugend hackt in Frankfurt am Main 2017:

The next Jugend hackt edition is in the making! Results of this event can be seen once more during visionale17 at Gallus Theater Frankfurt and at the Frankfurt book fair! Join us there!!

A big thank you to all supporters

Jugend hackt and NODE say thank you to all who made this incredibly fun and intensive weekend possible! With lots of enduring engery and enthusiasm, the participants and their mentors created unbelievably interesting prototypes.

And obviously this wouldn’t be possible without official support so a big thank you goes to our official partners: Stiftung Polytechnische Gesellschaft, Hopp Foundation,  Museum für Kommunikation Frankfurt and Jugend hackt itself.

A special thanks for the hardware sponsoring goes to Museum für Kommunikation Frankfurt, Open Tech Academy, Hochschule Mainz and the whole Jugend hackt community. We thank the Jugend und Sozialamt Frankfurt for their help in spreading the word and supporting us idealistically. And we thank everyone who shared their time, energy and ideas with us! 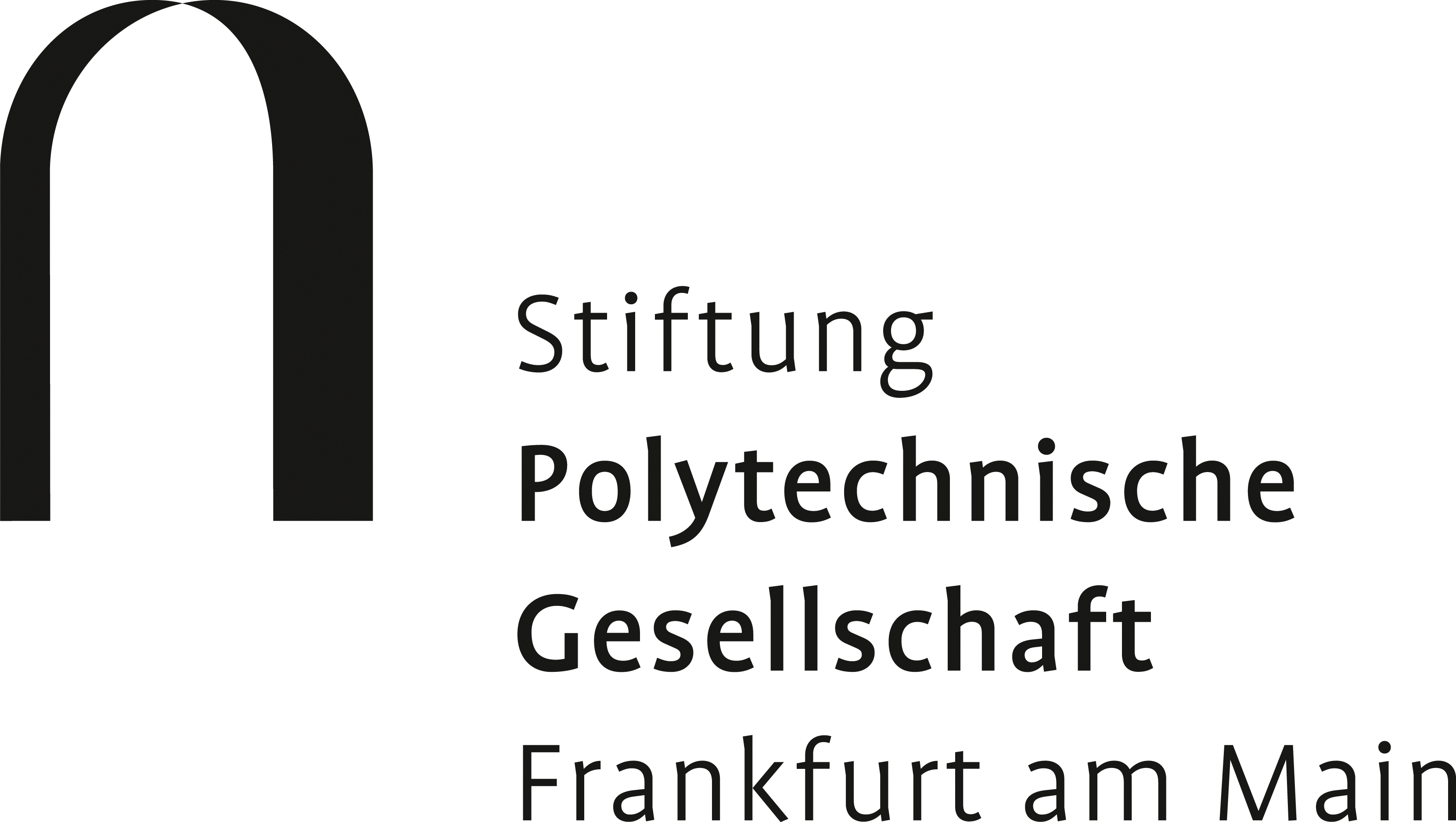 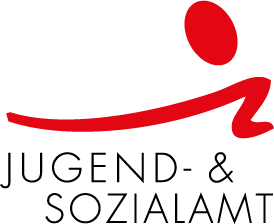